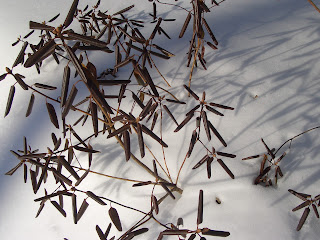 Wishing you a magical day on this Christmas!
Posted by Martha Wakefield at 6:03 PM No comments:

I picked up my two paintings today at the Concord Art Association Holiday show.  While they hugged the wall for the duration of the exhibit I am already planning their next outing. 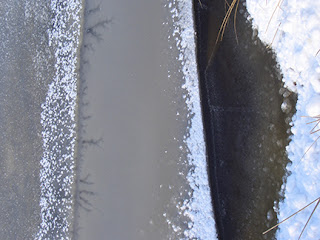 HAPPY SOLSTICE!
Posted by Martha Wakefield at 9:43 AM No comments: 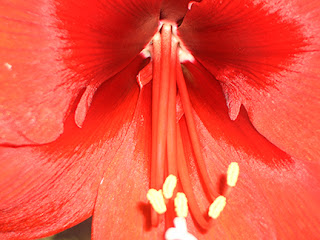 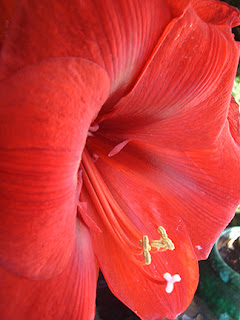 My Thanksgiving Amaryllis (a gift!) keeps on blooming.  The perfect hot color for a grey December day in New England.
Posted by Martha Wakefield at 12:51 PM No comments:

The Museum School art sale was a success for me.  My painting Only Trust Your Heart did sell.  That was exciting news as it is one of my favorites.  The best part of the sale was having the buyer contact me wanting to know of the inspiration for the work along with the title.  We had a very rewarding email exchange on this painting.  That interaction is why I paint.
Posted by Martha Wakefield at 6:13 AM No comments:

IN PRAISE OF OTHER ARTISTS 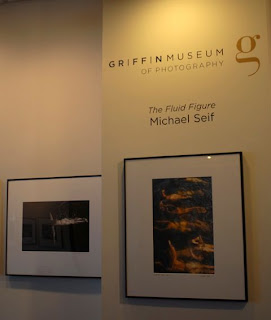 My friend Michael Seif  has been very generous with keeping me supplied with images of my work seen elsewhere.  In turn I want to let friends know about his stunning show currently on view titled The Fluid Figure Photographs by Michael Seif at the Griffin Museum of Photography's Atelier Gallery at the Stoneham Theatre in Stoneham, MA. 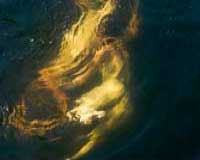 To see his work one is overwhelmed with the strong desire to own one of his photographs.  Recently Artscope  (Sept/Oct 2011) reviewed his work at Copley's Society of Art show "Then & Now: The Enduring Allure of Light in Photography”

Seif’s underwater portrait of two bodies coming together is overwhelmingly sensual; an image of graceful movement where the human figure is presented in a fantasy world as an unidentified watery organism. Changing the perspective as he composes his photographs, Seif is able to hold the light present at that moment to reveal the specifics of a quickly altering event.

The reception is this Thursday, December 15th, from 6 - 7:30 pm.  Michael will give an artist talk about his 8-year project that has resulted in the photographs in this show.  If you can't make the reception, but I strongly urge you do as Michael gives a wonderful inspiring talk, know there is time to see this exhibit as the show runs through to January 15.

The Griffin Museum's Atelier Gallery at the Stoneham Theatre is open Tuesdays through Saturdays, 1-6 p.m., and one hour before each theater performance.  The gallery can be accessed through the Stoneham Theatre's lobby at 395 Main Street in Stoneham, MA.

Posted by Martha Wakefield at 9:00 AM No comments: 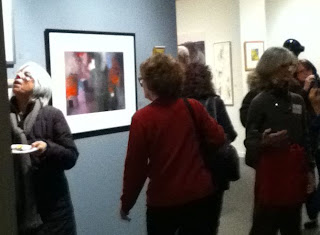 My friend & talented photographer Michael Seif sent me this photo from the SMFA Art Sale now going on.  That is my work West Side hanging on the wall during last night's reception.  This was fun news to receive this morning as I was unable to attend the reception.  The sale goes on until Sunday and is open daily 10 AM untill 8 PM.  Hope to see you there.

Special thanks to Michael Seif for documenting with his ipod my participation in this sale!
Posted by Martha Wakefield at 11:37 AM No comments:

Yesterday I delivered this painting to its new home.  This part of the job is a big treat for me - to meet the buyer and see the house that welcome one's work. Waiting is a watercolor mounted on canvas with cold wax medium applied to the painting acting as a clear protective shield.  By not framing with glass or Plexiglass the colors can reflect their true character. This work was exhibited this past summer at the Rocky Neck Gallery in Gloucester, MA.  I had many interested parties but only if I was willing to negotiate the price.  That I was not willing to do.  I knew someday the right buyer would come along.  Thank you for coming along so soon.
Posted by Martha Wakefield at 7:47 AM 1 comment: 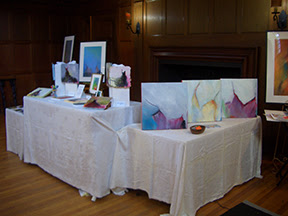 This is my booth at the Winterlude 2011 show in Peterborough, NH this past weekend.  We had a wonderful response from our families, friends, fans and new aquaintances throughout the two days.  My Slip paintings  were very well received as well as the new Black Chemise series introduced here.  I am honored to have paintings sold at this event.  The big treat is meeting the actual buyers who want to take my work home, along with sharing stories about our moms.
﻿ ﻿


﻿﻿﻿ ﻿﻿﻿
Many thanks to all who attended this event and for your generous support.
Posted by Martha Wakefield at 12:40 PM No comments:

The Museum School Art sale starts this Thursday, Dec 8th, at 10 AM.  I submitted two framed paintings (this one pictured) and West Side another watercolor 28 x 36 along with five shrinkwraps.  I am very excited to have my work there and help support a worthy cause - scholarship.  The sale runs through Sunday, Dec 11th and  is open daily 10 AM to 8 PM.  The location is 230 The Fenway, Boston, MA right next to the Museum of Fine Arts.  There is both street and lot parking available.  For more information go to www.smfa.edu/artsale.
Posted by Martha Wakefield at 9:05 AM No comments:

Yesterday was drop off day for the Museum School Art Sale.  The times to bring the artwork were from 2 -7 pm.  I arrived at 2:05 and the place was already buzzing.  I ran in to friend and photographer Michael Seif.  Michael took my picture while I was waiting in line.  I also saw artist Ruth Mordecai and finally met Selma Bromberg, artist, printmaker and teacher.  (That is her in front of me.)  For many years I have wanted to take one of her printmaking classes at the Cambridge Center for Adult Education.  Now may be the time.

The SMFA staff,  extremely friendly and helpful, made it very easy to drop off the work.  Thank you all!
The event starts next week - Thursday, Dec 8th, through Sunday, Dec 11th.  The sale is open daily 10 am - 8 pm.  This is well worth a visit as artwork from established artists as well as emerging artists is there ready to enter a new art collection.  And proceeds from the sale go to a worthy cause - scholarships for art students.
Posted by Martha Wakefield at 4:39 AM 1 comment: 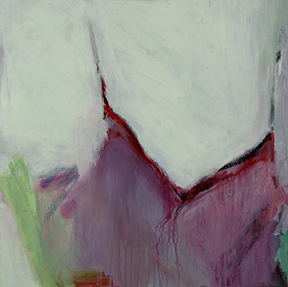 WINTERLUDE 2011
I will be joining four other New Hampshire artist this coming weekend for a two day art exhibit/sale in Peterborough, New Hampshire.  This event takes place at the Peterborough Historical Society on 19 Grove Street on Friday,  Dec 2nd,  from 3-8 pm and Saturday, Dec 3rd from 10 am - 5 pm.
For some reason I cannot upload images of the paintings by these artists (no matter how small I make them) so please visit their website.
The other artist particpating are:  Frankie Brackley Tolman, Deborah Lloyd Kaufman, Elaine Cummings and Rosemary Conroy.
Frankie is a Signature Member of the New England Watercolor Society and the RI Watercolor Society.  She is represented by Art3 Gallery, Mill Brook Gallery, and the Sharon Arts Juried Members’ Gallery.  Frankie teaches a very popular watercolor class at Sharon Art Center.

Elaine A Cummings from Peterborough, NH returns this year.  Elaine and I were fellow students in one of Frankie's watercolor classes at the Sharon Art Center.  Elaine works in watermedia and colorfully captures a joyful reaction to her surroundings.  She attended RISD and has worked as an illustrator and art teacher.
Deborah Lloyd Kaufman works in acrylic in a  abstract expressionist style. Her vibrant paintings evolve through the process of layering to build rich complex areas of color. She has degrees from the University of Minnesota, Antioch-New England and studied at RISD.   She has taught art to children and college r many years, Deborah has taught at Keene State College and Antioch-New England.
New this year to the show is Rosemary Conroy.  Rosemary colorful and contemporary acrylic paintings explore the beauty of the wild and mild creatures that share this planet with us.  Largely self-taught, she believes that passion for one's subject is vital.  And that passion has invited a strong following.  Rosemary is also a faculty member at Sharon Art Center.
I feel honored to be in such company!  Last year proved to be a festive event.  We received such a warm welcome from an art loving audience.  If you are in the area do stop by. Friday night we will have a reception with treats and Cape Breton fiddle tunes provided by Harvey Tolman.

Posted by Martha Wakefield at 8:37 AM No comments: